Why Is TikTok So Hateful?

There’s no way around it. We live in a world where social media is almost inescapable. Especially if you’re using it for business. If you’re a small business owner and you aren’t exercising some level of social media power, then you’re shooting yourself in the foot. It’s a reality that we can’t ignore.

The same applies to us. Granted, I enjoy social media on a personal level. And for business, something like Facebook has been a Godsend for us. Our YouTube channel is a viable source of income. And thousands of our customers use Pinterest to inspire them for a large percentage of our custom orders.

Holy cow. It’s a whole new world over there. And for me, being a middle-aged guy, it’s hard for me to acclimate to that crowd. The typical TikTok demographic is very young, very outspoken and very liberal. All the things I’m not.

So how do I make viable use of a platform that is impossible to ignore these days?

A few weeks ago, we had a TikTok video go viral. While our typical posts got around 200 views, this one is at 4.1 million views, and counting! And in the space of a few days, we went from 1,500 followers to over 20K. That’s enough to make you sit up and listen.

So my first thought was, how do I turn these viewers into potential customers? Not being impersonal, but as a small business, that’s a reasonable question. 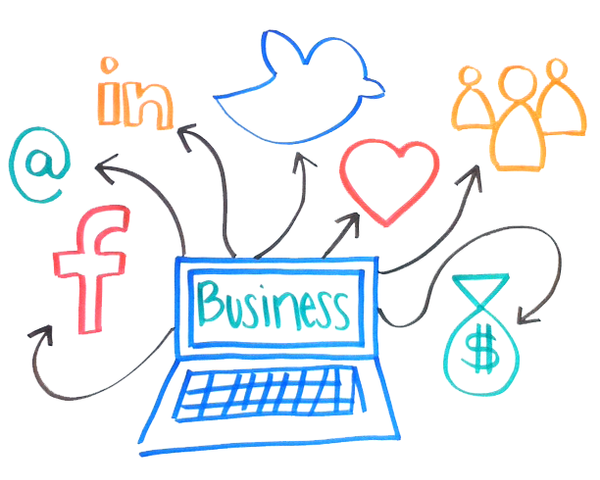 But in the course of interacting with our new group, I must say that I wasn’t prepared for the wide range of comments we received. As we sifted through tens of thousands of comments, I was caught completely off-guard at the hatefulness people threw our way.

Unfounded accusations. Personal attacks. Jokes about my voice or my hair. Assumptions about my family or my beliefs. It was just horrifying. I had never run into such a wave of outright meanness before. I'm not built for this. I wasn't raised like this!

One thing that particularly surprised me was that the TikTok world (in general) is all about inclusiveness. Acceptance. Tolerance. But not here.

It was obvious that these were not people interested in accepting everyone or loving people as they are. But people who would destroy anyone who didn't do, say or think what they thought was appropriate.

Growing up in a fairly protected community, with a strong family and a lifelong tie to our church, this wasn't "normal" for me. This definitely wasn't what Jesus would've done!

But I found out very quickly, that those kinds of comments, even though they were hugely outweighed by positive comments, were playing right into my humanness. My personality. Which is one of a little insecurity, uncertainty and defensiveness. And so my reaction was to hit back. And I think that's part of the reason for the app's success. It knows who we are...it knows what makes us tick.

After spending hours and hours replying to all these hateful jabs, I started to understand what was happening. It was making me act just like them. I was reacting instead of acting with logic or intention. In short, I was letting my emotions get the best of me...leading with my heart and not my head.

Of course I also received hundreds of comments that told me to ignore them or not to engage, but that’s easier said than done. In my mind, there was a digital world of new “friends” who were watching and wondering what I would say back. Or if I would be weak and just take it. It was like middle school recess all over again, only magnified, globally.

I realize the danger now, but I still don’t have the answer. No, I won’t have the will power to completely walk away, but hopefully I can temper my responses. And no I won’t let it consume me, but it does still affect me.

I’ve decided to try to respond as infrequently as possible to these insults. And when I do, not to be hateful or spiteful or intentionally mean. My goal shouldn’t be to “embarrass them back”. But I’ll try to be diffusing in my reply, either with humor or kindness. It’s hard, but I feel like it’s the only thing I can do. The only thing I can reasonably expect of myself. And I'll pray that God will create opportunities for me to redirect things with a kind word or something smartly said.

On a final note, this made me think about our kids on TikTok. My kids on TikTok. To completely ban them from the app is definitely an option, but I don’t know if that’s the wisest choice. They’re going to encounter all manner of things in life and they can’t always just ignore them or pretend they aren’t there. They have to learn to handle them.

So my goal, and maybe this is a goal other parents can adopt and adapt, is to try to ensure a constant line of communication between them and me. Something that lets them share situations or interactions with me so I can have the opportunity to weigh in. Maybe impart a little wisdom. And be heavy handed when needed.

TikTok, IMHO is a volatile place. And for the most part, it’s not something I like. But parts of it, I do. And again, as a tool, and as a part of business and of society, it’s almost unavoidable.

Here’s looking ahead to using it in a way that is safe and beneficial, and avoiding the attraction of arguing with relative anonymity. It’s useful and beautiful and dangerous, and something to be handled with care, like any tool in our shop.

If you have thoughts on this or on TikTok in general or would like to share your own social media experiences, definitely leave a comment and let us know. We'd love to hear your thoughts!