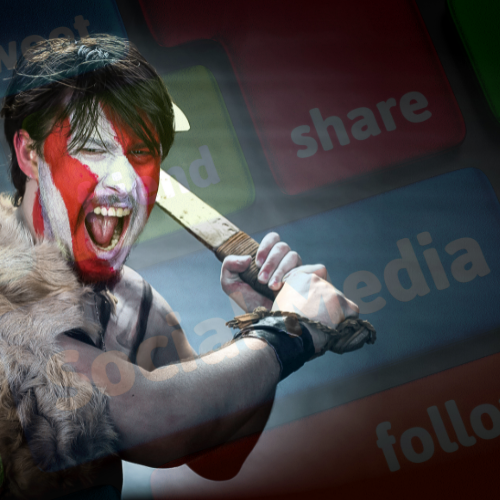 When it comes to human nature, I confess, I can be a bit of a pessimist. I’m ashamed to say that even as a Christian, I wind up letting my negative opinions get the best of me and many times, gloss right over the idea of looking at people around me through the eyes of Christ. It’s one of my biggest challenges.

There are times when, after something encouraging happens, I’ll have a burst of positivity and think “Wow. People really are basically good.” And at my core, I do genuinely believe, or at least want to believe that. It’s a fight, for me, to find a healthy balance between optimism and skepticism.

But social media has complicated that struggle for most of us.

The social media landscape has, as many would say, pulled back the veil that separates raw human nature and the rules of appropriateness. In the words of Helen “Mama” Boucher, “what they call…da social skills.”

Imagine a scene where a man meets a woman and she asks him for his opinion on her dress. In most cases, the man would respond in an number of ways, making sure to stay within the boundaries of empathy, honesty and personal taste. These are “da social skills”, or the understanding that you can’t just say whatever you want. 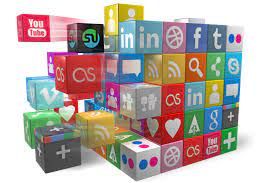 Some Social Scientists believe that it’s this fragile understanding that makes members of society able to peacefully coexist with one another. They theorize that with a lack of this understanding, people would behave in a lawless, selfish, hateful manner.

Now imagine the same man and woman and the same question about her dress, only this time, the man is wearing a disguise that completely hides his identity. If he knew he could not be recognized and consequently, held accountable for the consequences of his response, would he still behave in the same manner as before?

Some believe that answer would be “no”.

If we were to shield ourselves in the cover of anonymity, would we still feel compelled to follow the typical rules of societal engagement? Or would we follow those rules to a different degree? Or would we abandon them, completely?

It seems like these are nearly impossible questions, except for the introduction of social media. The cloak of invisibility, brought to life. The perfect mask that gives us the ability to be unconforming to societal norms, without cost.

As a social media participant, many would say that we are able to be our true selves, without the lie of empathy, driven by social expectations. Basically, we can let our hair down, and nobody will know. 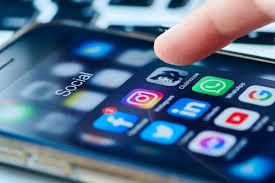 So when we do “let it go”, what does that look like? Are we kind? Loving? Shy? Mean? Selfish? Hateful? Do we adhere to any of the rules that have formed us, or do we see what it feels like to go on a virtual bender?

We recently posted a job on one of the social media marketplaces. It was a simple job that didn’t require much and consequently, didn’t offer to pay much. What happened over the next few hours was something that I cannot understand. It has happened before, and yet, I still cannot begin to understand why.

If my posting was unappealing to you, then normally, you would see it, shake your head, then scroll on. If it was a direct attack on you or your family or friends or even a stranger that you had compassion for…then I could see the logic of you choosing to weigh in with an opinion or suggestion or even a scolding, if you felt strongly enough. That would all be, staying within the boundaries of typical, public, social guidelines.

But when you jump in with an unprovoked jab…that isn’t normal. That’s antagonistic. That’s picking a fight for no reason. That’s the equivalent of walking by a guy on the sidewalk, noticing his Nike shoes, and stopping to yell out in front of everyone, what opinions you have about said shoes. But the anonymity of social media gives us a new sense of boldness.

But it doesn’t stop there. 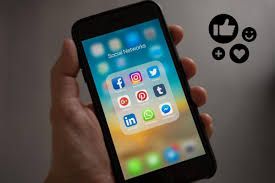 Being surrounded by other social media citizens who also share the virtual gift of obscurity, one by one, they begin to join the party. That’s what happened on our post. What began as a single, unsolicited opinion, turned into 5, then, 20, then a hundred. And each one, growing exponentially in bravery, until eventually their verbal jaunts became personal. Very personal.

Soon assumptions were made about my view of people. Then my financial status. Then the insults start…stupid, idiot, dumb ass. And should I dare to defend myself or fire back, such threats are met with immediate and brutal rebuttal.

It’s this Lord of The Flies mob mentality that comes over us like some dark, hungry wave that decides to destroy whatever stands in its way. It’s concerning to me, because despite my best efforts to cling to my faith and my determined belief in the decency of mankind, things like this make it hard. If not impossible.

Are we really that naturally, instinctively hateful? Are we predisposed to aggression and dominance? Are we just cannibals at heart, only denying our appetite for flesh because of the sheer curtain of our own interpersonal edicts?

Shame on us, for releasing our Krakens on one another. Surely, we are better than this. Surely we have evolved beyond the animal behavior of our ancestors.

Or has social media revealed to us, the savagery that lies within us all?